Except the volcanic islands and the magnificent view of the caldera, there are other sights on the island, which are very interesting and remarkable.

The second biggest sight of Santorini that you must see. The city by the sea that was blooming in the Bronze Age and because of its port it was one of the biggest commercial centers of the Aegean sea. A violent explosion of the volcano in 1700 to 1600 B. C covered with ashes the prehistoric city of Akrotiri, while citizens had managed to flee. The excavations which started in 1967 from the great greek archeologist Spyros Marinatos, brought to light well preserved multistory buildings, areas of religious ceremonies and habitation, wallpaintings and many more artifacts that were left behind in hurry from the ancient Akrotirians. You will walk in the streets of this town and its squares, a visit and surelly will be unforgettable.
The archeological site is open daily, except Monday, from 10. 00 till 17. 00. The entrance fee is about 5 euro per adult, with discounts for children, students and elderly people. It is accessible by car / motorbike or by the local bus, there are frequent schedules.

After the destruction of Akrotiri, by the 8th - 9th century B. C, Dorian settlers from Sparta arrived to the island with Thiras as their leader, where the island was named of. The city which was build in Mesa Vouno (above the beach of Kamari) remained non-walled as the mountain offers a natural fortress on 385 meters hight, it controled all the island and was connected by roads with the ports of Oia (today's Kamari) and Elefsina (today's Perissa). Religious temples, Agora (commercial and administrative center of the town), the ancient theatre, the Gymnasium and many more monuments remain well preserved.
To visit Ancient Thira you will need at least one hour. It is accessible by car, bike or by foot from the base of the mountain in Kamari, it will take you about 10 minutes to reach the mountain. The archeological site and the view will reward you. It works daily except Monday from 09:00 until 15:00.

Other sights with archeological interest are the Prehistoric Museum of Thira, with artifacts, wallpaintings and a model from the archeological site of Akrotiri, and the Archeological museum, which has artifacts from Ancient Thira and from Cyclades from the Bronze age. Both museums are located in the town of Fira.

The Museum Santozeum located as well in Fira, close to the cable car station, has exhibition of the wall paintings that were found in Akrotiri. It is open daily from 10:00 to 18:00, from May 1st to October 31st.

In Santorini there are five castles or otherwise called Kastelia which where built mainly during the Venetian period.

Skaros or Epano Vrahos or Roka is located in Imerovigli.
It was the capital of Santorini from the Byzantine years until the 18th century A. D. On the upper Castle there was a whole settlement, but residents abandoned it by the 17th century A. D because of the large earthquakes that were happening at that time. Now some ruins are preserved and the imposive rock that looks to Thirassia and the Volcanoes.

In Oia, in one of the most cosmopolitan villages of the island are the ruins of the Kasteli of Agios Nikolaos. Its existence is mentioned from 1480 A. D and was a place of the ship owners of the village. Overlooking Thirasia right across, it is the favourite spot for visitors to watch the sunset.

In the village of Pyrgos, walking though the narrow streets towards the top of the village we meet the entrance for the Kasteli, walls that protected the village from pirates. There is also the church of Virgin Mary at the very top of the kasteli. It was built during the years 1660 – 1661 and there on Good Friday occurs the most significant Epitaph of the village.

The Kastelli of Emporeio village is also one of the most known and beautiful castles on the island. With one entrance, we walk through the narrow streets, see the houses built right next to each other, with entrances and windows only to the interior of the castle, for citizens to be better protected from raiders. You will be charmed by the small houses, many having large rocks wedged into the wall as steps and by the many small churches in the old town.

Finaly, during medieval times, Akrotiri was considered one of the ''kasteli'' of the island and was called La Ponta. In the center of the settlement there was the Goulas (tower) which until the large earthquake of 1956 was preserved in very good shape.
discover Santorini
Book excursion
» Santorini sightseeing   » Beaches of Santorini   » Villages of Santorini   » Santorini wineries   » Santorini churches
SHARE 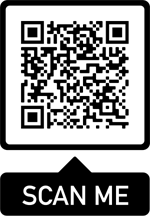